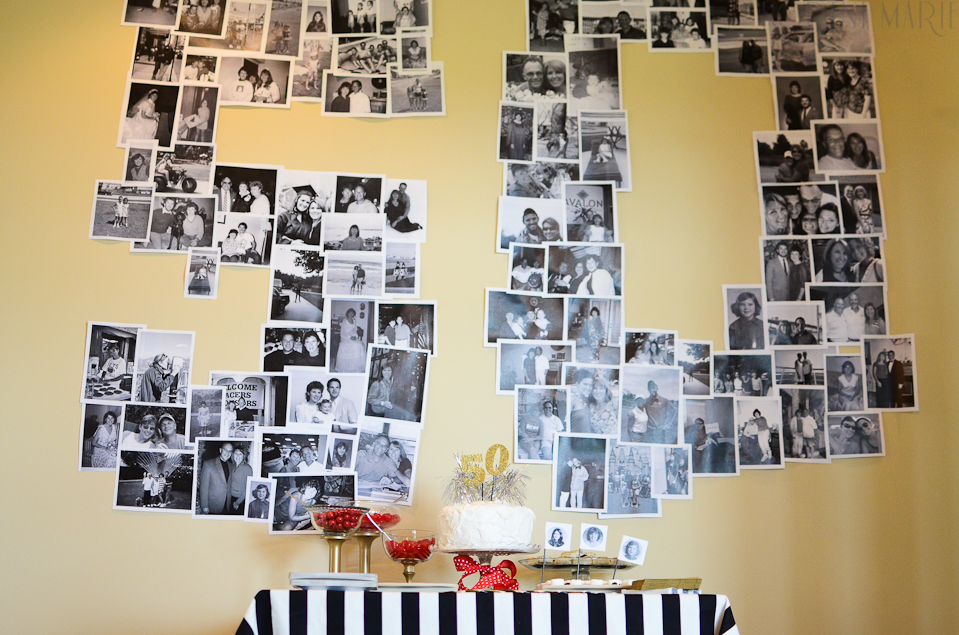 What a crazy weekend! There are plenty of blog posts coming right at you from engagements, to weddings, and beyond). Most importantly, I was blessed to be a part of a very special celebration… my mom’s 50th Birthday party! From the second I knew I was shooting a wedding on Indianapolis’ North side on this very weekend, I knew we (my family and I) had to throw a Birthday Party for my amazing mother 🙂 Her Birthday was July 5  and it was a big one… THE BIG 5-0.

I got to spend the whooooooole evening with this goof ball and welcome 35+ people into our home on the south side of Indianapolis. A black, white and gold party with touches of red and fun pizzazz. And the party went a little something like this…

Tell me that is not the most amazing 50th Birthday photo collage you have ever seen! 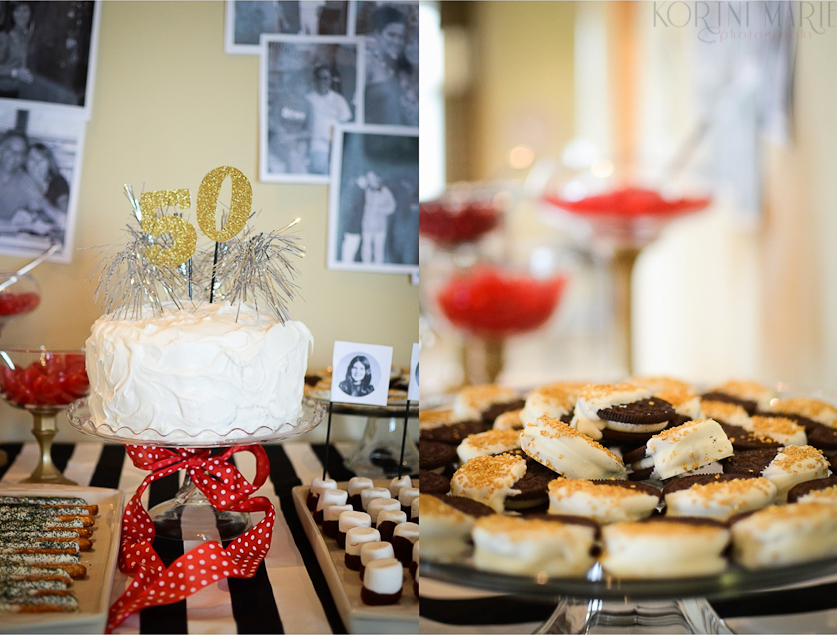 The beautiful cake was made by the best of friend that helped make the day possible. And on the right, yes, that would be chocolate dipped oreos with gold sprinkles. Drooling yet? 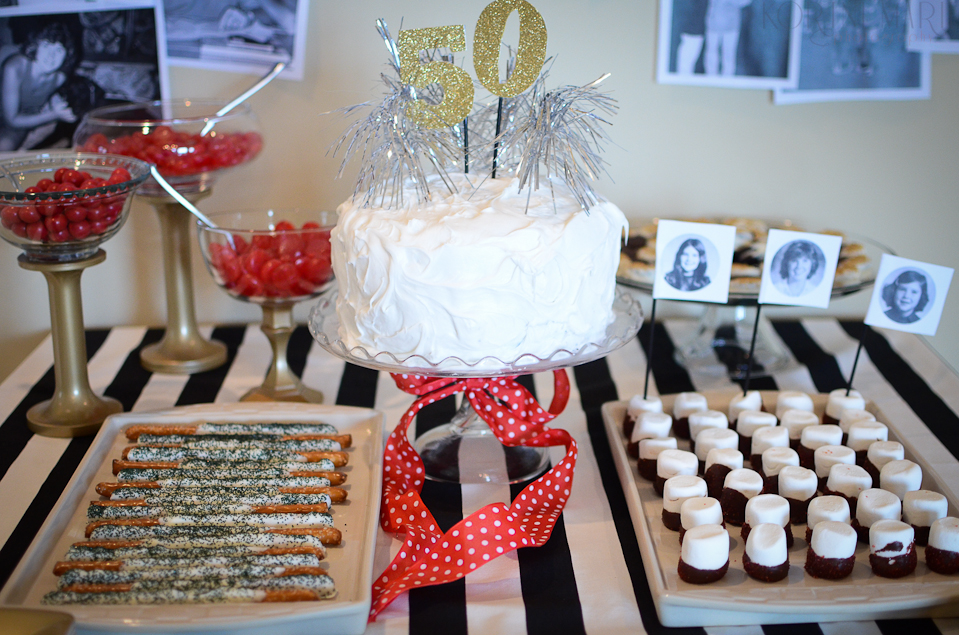 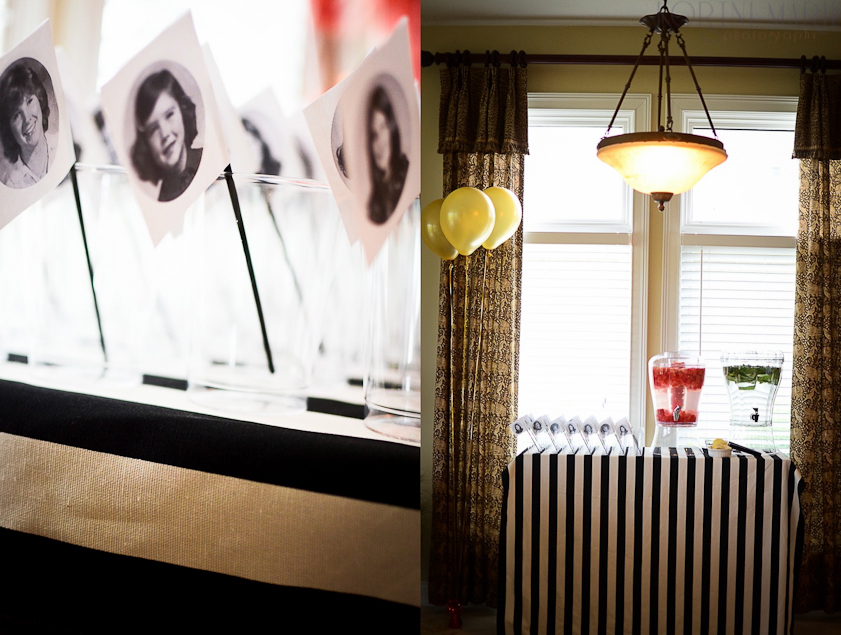 One of the big hits was the watermelon water and cucumber and mint water. Fun and added visual spunk. 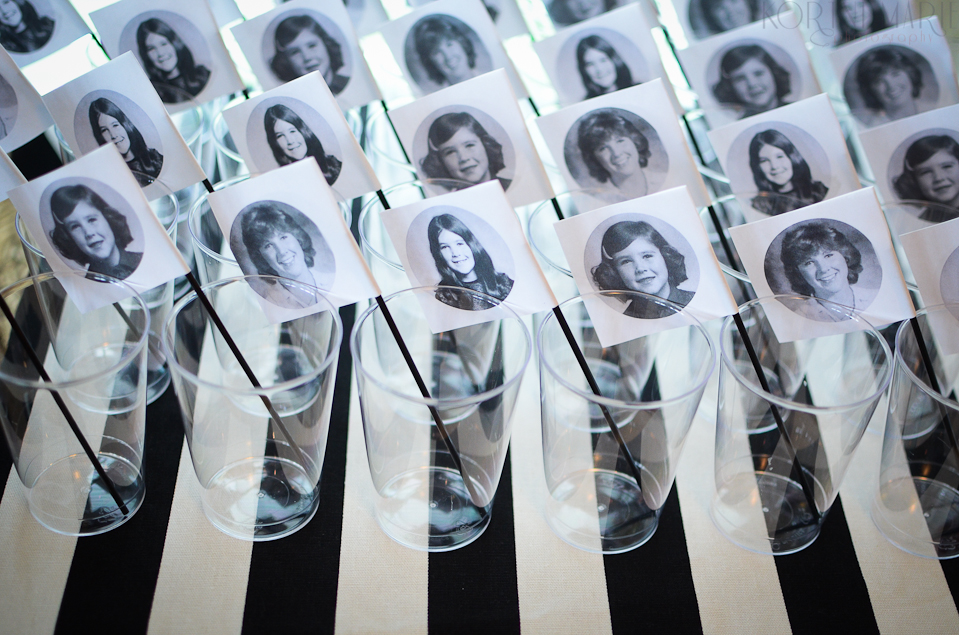 And the cup tags of three different ages, I think were my favorite touch of the day. Just made me smile a oooober big smile 🙂 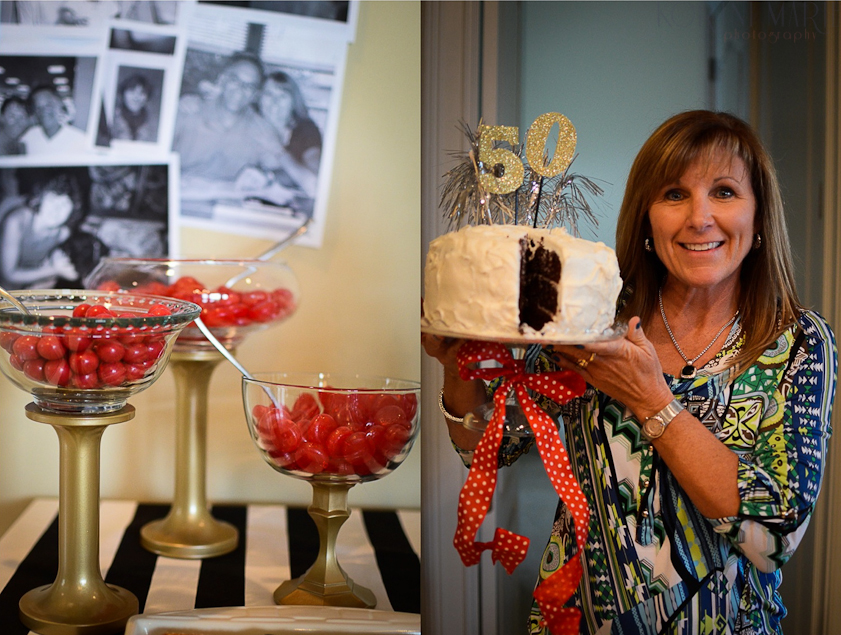 What a glorious day it was. And so much help and thanks goes to my sister, dad, brother, and friend, Elaine, for making the day so very perfect for a very special lady in my life. So happy 50th Birthday, once again to my mama and many more birthdays to come.

Until next time…
-kortni marie 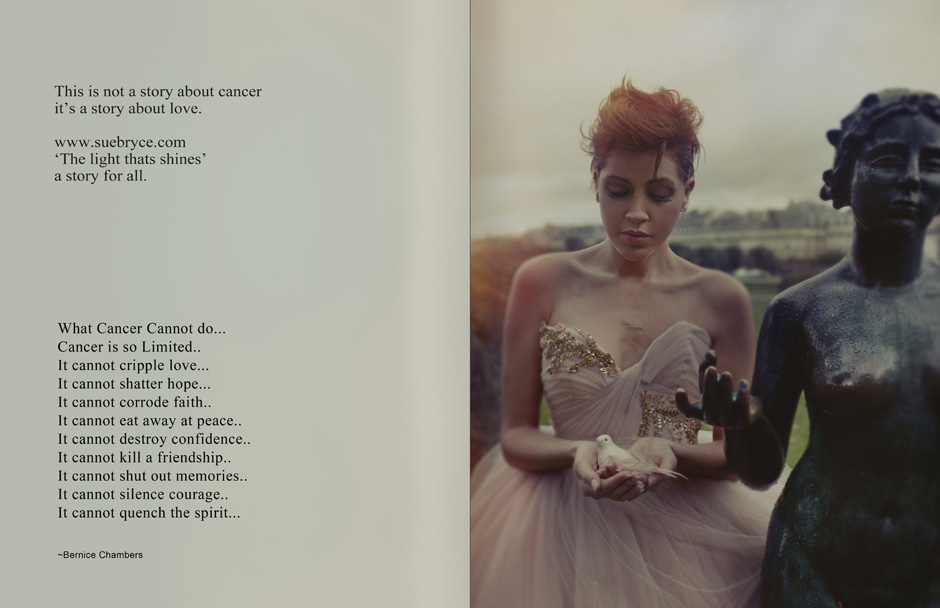 The Light that Shines 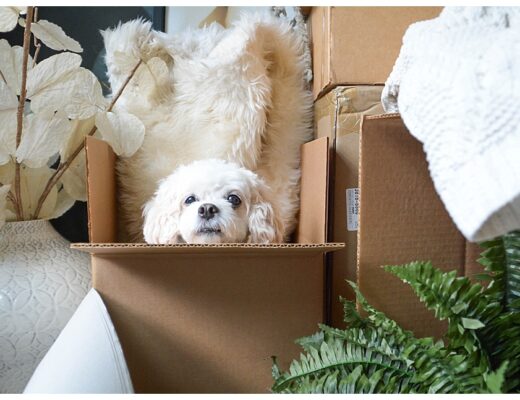 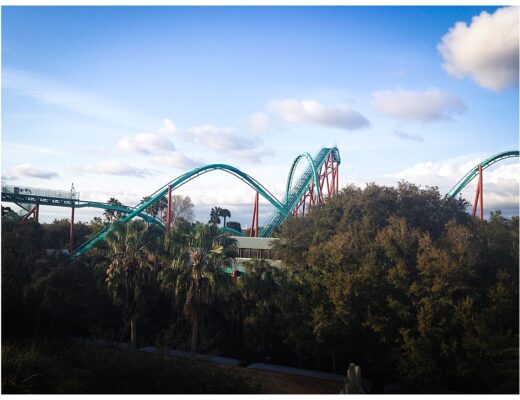 5 Year Anniversary of Moving Back to Indianapolis